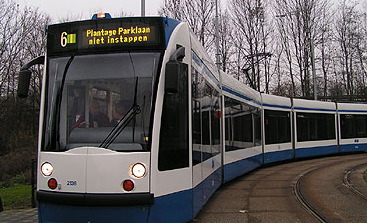 When I was living on the south shore of Montreal, Canada, running to catch the last bus back home was the most irritating yet crucial part of going out on the town. I spent so much time and energy chasing after the last metro, the last bus, the last whatever, I vowed at one point never to live anywhere that gave me that dependent teenager feeling.

Amsterdam has bare bones public transport after midnight on weekdays and after about 1 a.m. on weekends. Nightbuses are more expensive and full of drunk teenagers trying to get home outside the city. City folk usually get home walking or by bike. You cannot ride your bike if you’re drunk, it’s illegal. Taxi? Nope, they’re either full or non-existant and terribly expensive (the most expensive in Europe). Car? Nope, drinking is an issue, never mind parking. Now that I live closer to downtown, walking home is usually an option, although winter is coming up.

Comments Off on The ‘A’ train