Me on Boingboing.net and more

My French music podcasts at Radio Oh la la (podcasts are in English) were worthy of praise on nothing else than the best read blog on the planet, Boingboing.net as one of the editor’s five favourite podcasts.

I have also been asked to give a workshop in June for Women on the web here in The Netherlands, as part of their 10 year anniversary, which was last year, but because of circumstances, will be celebrated this year. Better later than never!

Comments Off on Me on Boingboing.net and more 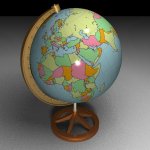 There’s a new blog in town and it’s called 24oranges. It is a Netherlands-based, English-language blog about anything Dutch that’s fun, interesting, weird, cool, and otherwise unique. 24 oranges is also the chance to blog about something else than tourist and expat information.

They are still looking for more Internet-savvy contributors with near native and native English skills. I should know, I am one of them!

Comments Off on New blog!